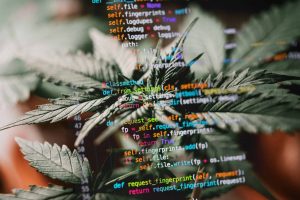 You know that feeling of “being in the zone” that allows us the opportunity to tackle the long to-do lists, clean the whole house, get work done before a deadline etc?  Now,  imagine being in the “programming zone” that helps promote creativity. More than one-third of software programmers say they have used cannabis while working and have found it helps put them in the zone.

Researchers at the University of Michigan stated “anecdotal evidence suggested that those in programming were more likely to use cannabis on the job” (Marijuana Moment).   They set out to conduct the “first large-scale survey” on the topic by asking 803 programmers to explain how cannabis helps in their line of work. One of the main motivations behind the study is surrounding the fact that drug testing policies still remain common in the programming sector. Sadly, this may be contributing to some of the hiring shortages in certain jobs and departments. Did you know this is even happening at the federal level? The study authors noted comments by former FBI Director James Comey, who said in 2014 that he was interested in loosening the employment policies around cannabis because some prospective agents “want to smoke weed on the way to the interview” (Marijuana Moment  ).

This study, “Hashing It Out: A Survey of Programmers’ Cannabis Usage, Perception, and Motivation” was published this month in Cornell University’s arXiv. The study also looked at the usage and frequency among those who said they have used cannabis while engineering. “Fifty-three percent said they’ve consumed cannabis while programming at least 12 times, 27 percent said they used it at least twice a week and four percent said they use it while working on a nearly daily basis”.  The study authors also wanted to get a better understanding of why programmers make the decision to use cannabis. They found that the most common job task programmers used cannabis for were brainstorming, prototyping, coding and testing. “Overall, we found that programmers were more likely to report enjoyment or programming enhancement motivations than wellness motivations: the most common reasons were ‘to make programming-related tasks more enjoyable’ (61%) and ‘to think of more creative programming solutions’ (53%),” the study found. “In fact, all programming enhancement reasons were selected by at least 30% of respondents. On the other hand, general wellness related reasons (such as mitigating pain and anxiety) were all cited by less than 30% of respondents. Thus, while wellness does motivate some cannabis use while programming, it is not the most common motivation” ( Marijuana Moment).

It’s important to recognize that even though there are notable amounts of cannabis consumption among programmers, even those who don’t use marijuana are supportive of reform, the study found. “Ninety-one percent of our participants say that marijuana use should be legal for both recreational and medicinal use compared to 60 percent of the general United States population in 2021,” the authors wrote (Medical Moment).

What are your thoughts? Do you feel like cannabis helps get you “in the zone” when needing to be creative?