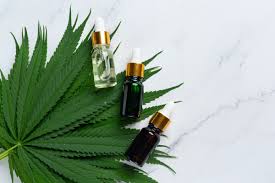 Remember when cannabis was such a taboo thing? Using cannabis, disussing cannabis and being around cannabis is no new thing these days in our current society. Regulation of the plant and its compound is changing so quickly. Legalization is in the works. The patterns of recreational usage and medicinal usage are also changing. In some ways, the two tend to meet in the middle. We also have seen a major shift in in the attitude surrounding cannabis, in a positive way.

We can thank the Pandemic for that one too. Within the early stages of the Pandemic, we saw how dispensaries were deemed “essential” while other retail stores were told to close. At the time, there were many feelings around this being that it was surrounding cannabis. Some positive, some negative. Did usage of cannabis go up during the pandemic? Is there a new wave of users? Or was there a decrease? Did some users stop using cannabis? So, the question is, who was and still is using cannabis?

Back in mid-December of 2021, the National Institute on Drug Abuse (NIDA) released a report with a news headline that grabbed a lot of attention. “Percentage of adolescents reporting drug use decreased significantly in 2021 as the COVID-19 pandemic endured”.  Maybe because during those lockdown months, adolescents were at home and unable to visit their friends. “NIDA reports that according to its annual survey of 8th, 10th, and 12th graders, past-year use of marijuana, alcohol, and vaped nicotine dropped precipitously across all three age groups. Cannabis use, in particular, declined by approximately 5% among 12th graders, 11% among 10th graders, and 4% among 8th graders. More than 32,000 students responded to the survey between February and June 2021, reporting on drug use dating back to the same months of 2020″ (Project CBD).

“We have never seen such dramatic decreases in drug use among teens in just a one-year period,” NIDA director Nora Volkow said in a press release. “These data are unprecedented and highlight one unexpected potential consequence of the COVID-19 pandemic, which caused seismic shifts in the day-to-day lives of adolescents” ( Project CBD). With the cause for this decrease/trend still uncertain, there is speculation it could be due to increased family time and a lesser amount of peer pressure. NIDA will have to wait until survey results come in for 2022 to learn if adolescent substance use rebounded in the second half of 2021.

Also in late December, the journal Cannabis and Cannabinoid Research published an article by four researchers at the University of Toronto who reviewed 76 studies. They concluded that adult cannabis use did in fact increase globally during the first year of the pandemic. Across 33 studies, more users reported an increase in their usage. Furthermore, those users who had a higher/heavier frequency of usage also reported an increase (Project CBD) .

Overall, the review was able to identify several factors that played a role in contributing to the increase adult usasge verus a decrease in adolescent usage. Things such as stress, anxiety and big life changes appeared to to be the strongest influences. The Covid-19 Pandemic has changed a lot of things. Cannabis being one of those things is no surprise.